Learn how to drive on the other side of the road.

I remember traveling through Ireland with my dad. He was the driver of our rental car. He’d made a turn and was now cruising down the wrong side of the road. I sat in the passenger seat wondering how long I should let him play chicken with the car coming towards us head on before informing him that he was the chicken in the wrong. He sorted that one out just in the nick of time and not an hour later smacked the side view mirror into a parked car as he drove too close to the outside of his lane. It snapped back on and we (along with the car) survived the trip no worse for the ware.

I became the driver on the other side of the road first in Thailand where I got used to making tricky right hand turns on two wheels before getting thrown into a full four wheels in Australia with a three day road trip south down the coast from Sydney.

It’s easy to drive too close to the boundaries of the lane, like my dad. That, along with checking your mirrors in a different manner and remembering what it means to make a right-hand turn simply take some getting used to. Just buckle up and give it a go.

Oddly, I’ve had to do this more than once, and when the second time was a rental car in The Bahamas, I was so glad to have already have experience. That experience came of a housesitting gig in France for a British woman who had brought her cars (along with her horses and dogs) with her across the channel. It was clear that she was gripping the door and holding her breathe just a smidge as she sat shotgun while she had me have a practice go in her hatchback before she took off for her trip leaving me to cruise the roads on my own. But she and I both (along with her hatchback and dogs) survived the entire week unscathed.

It is certainly peculiar sitting on the outside of the road as the driver and your blind spot becomes rather debilitating so that’s something you need to be acutely aware of. But this too, is doable and worth getting used to. You just never know what keys you’ll be handed, and it’s best to be ready! 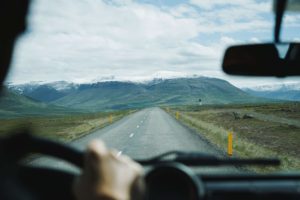 Learn how to drive a stick

This most likely only applies to American and our lazy automatic tendencies, but I understand that autos have been popping up more and more in other parts of the world. Sticks though, are still prevalent enough that it is truly necessary to have the knowledge of how to drive one. Plus, it is more fun.

After many people unsuccessfully trying to teach me I was finally forced to really learn once and for all when I became an au pair on The Gold Coast in Oz. I ground those gears and rolled backwards down even the tiniest hills before it all finally clicked and a few months later I drove that bright red half broken beast all the way down the east coast to Orange, NSW. Since then I’ve been handed cars to borrow in countless circumstances when I otherwise would have been pretty stranded. Everywhere from The Costa del Sol in Spain to the countryside of France. Each time I’ve been able to very confidently say in my American accent, ‘why yes, I can drive stick’

Learn how to drive a motorbike

More than anywhere else this is important in South East Asia where you will save yourself huge amounts of money and headache if you can just get behind the handlebars. My suggestion to stay as safe as is possible, stick with something small. There is absolutely no reason to get a beast of a bike, and the bigger the bike the more likely you are to crash it. Simple as that.

Some other pointers: look where you want to go, not at the thing you’re afraid of crashing into. Take it slow around corners and even slower on any loose surfaces, namely: gravel. Also, large vehicles are not your friend.

Learn to be a Passenger on a Motorbike

Whether or not you’re willing to drive a motorbike (and I get that for some people it’s simply out of the question) if you’re going to travel you really ought to get comfortable being on one. Everywhere I turn it seems someone’s passing me a helmet and offering to take a photo for me to share with my friends of that ‘one time I rode a motorbike’ (I usually roll with it to make them feel good – every male motorbike owner needs a little boost to his ego). Most recently this happened twice in Cuba with different Airbnb hosts. One who gave me a free city tour and the other a free pickup from the bus station, both on the back of their bikes.

So much of what traveling is, is going with the flow. Being able to drive different vehicles, and being comfortable doing so, will make many a trip that much smoother. Just smile and hold your breathe a little until you’re comfortable enough that you can smile and breathe!

Also, accidents happen while you’re traveling (and while you’re not!) don’t let that stop you from jumping behind the wheel of a stick, a motorbike, or whatever. Be an adventuress! But, be prepared. I never travel without travel insurance, and I love World Nomads. They are not only affordable but also incredibly helpful and responsive when I have had to file a claim. 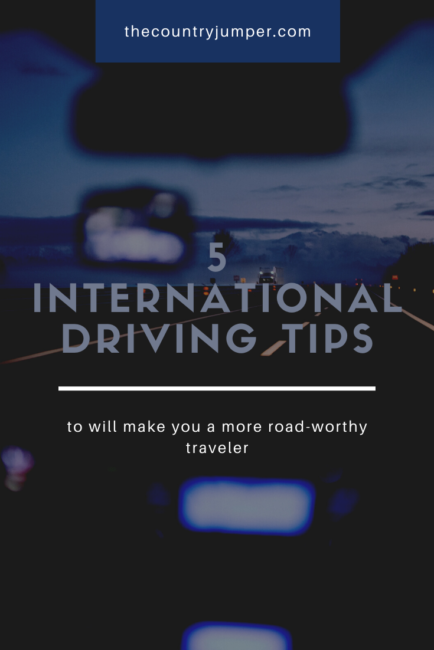 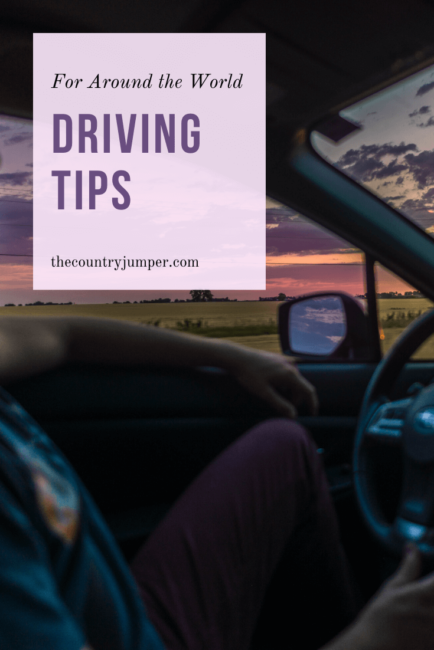 Such a fun topic! We have so many stories of driving on the other side. In Ireland, going to Dingle, the roads are so narrow, as my husband was driving I was so nervous he would hit something on the right… luckily no broken side-view mirrors.
We almost ran into two women driving on the right (incorrect) side of the road.
When we travel too often to left-side drives, my instinct gets all messed up and once I took off driving on the wrong side near home after a vacation!!

I totally get the confusion afterwards! I always have to really focus on which side im on for the first few days im back behind the wheel! It was actually on a Dingle road trip that my dad had the side mirror incident!

Funny topic, I never consider it from that point of view but definitely something new and interesting for me 😀

Glad you found it interesting!

I know the feeling when you drive on the other side of the road. When I drove around Australia I always felt like I was driving on the wrong side 😀 But one thing I definitely need to do is learning how to drive a motorbike. I feel like I’m missing so much when I travel. Duly noted 😀

Yes! Driving a motorbike is super fun in my opinion 🙂 Go for it when you get the chance!

I rarely drive in the USA anymore, much less abroad because it makes me so nervous! These are really good tips to know. I enjoyed your story about your Dad driving on the wrong side of the road in Ireland. That’s what I would be worried about! You are so right about going with the flow when traveling though 🙂

Yeah…especially with rental cars things can be sketchy! But I try to get past my nerves and just go for it! It makes visiting some places so much easier!

What an awesome list! I’m proud to say I’ve thicked all these items of my list! Maybe surprising but the hardest one for me was riding a motorbike 🙂

Yay you! Being a passenger can be tricky – and for me a bit scarier than driving!

Is this a bad time to say I don’t drive? I’m getting a sailing permit, though :))

Not at all! I’ll likely never get a sailing permit. Each to their own 🙂

This is an interesting blog. You never think about needing to be able to drive on the other side of the road, or on the other side of a car, or being able to ride a motorcycle (or be a passenger) when you are home doing your normal thing. But, of course, anything could happen when you travel and you have to be prepared for that. Still, driving on the opposite side of the car would be the worst for me…I’d always be looking the wrong way.

I think being on the opposite side of the car on the wrong side is the most difficult! It’s counterintuitive to everything you’ve learned. But definitely things you have to think about when you head out for travels!

Before learning to drive, I learnt how to be a passenger on a motorbike. This gave me the sense of distances and after that I continuously switch side driving right or left depending on the country of the world where I am

It’s good to get the practice firs, isn’t it?! I love driving motorbikes!

This is such a fun post! We drive on the right in the UK, but on the left in Italy so I have to do both! I’ve also learned how to be a passenger on a motorbike in Vietnam, that was scary!

Oh it’s like your ambidextrous in your driving XD. I actually find that being a motorbike passenger is much scarier than actually driving!

Goals. I need to learn each and everyone. I travel so much and get way to intimidated by driving on the wrong side of the road.

It’s super intimidating at first for sure, start somewhere quiet and you’ll get the hang of it in no time!