A Day Trip to Fez

I lived in Morocco in 2011. My apartment, life, school were all in Meknes, which is a small city. I didn’t like Mekens, I didn’t like Morocco. I hated living there. But my favorite city, by far, was Fez. Because it was only a short train ride away, I went to Fez a few times. My first day trip to Fez was organized through the study abroad program I was in Morocco with, but I got it together to go a day earlier – making it a whole weekend in Fez and meet up with the rest of the group later.

This past weekend ISA had a day excursion planned to Fez, one of the imperial cities of Morocco, only an hour from Meknes. Instead of waiting for Sunday morning to go just for the day I got a few people from the group together and took the train out Saturday afternoon on our own.

We arrived to Fez fairly late in the day and immediately I felt like I had arrived into a much more familiar world. As a bigger tourist center than Meknes the streets of Fez are cleaner, the parks are immaculate, the building are more modern, and the locals are much more used to westerners walking their streets and you feel as though you’re walking through a city in Europe.  By the time we arrived we didn’t have a lot of daytime hours left to explore but we made the best of it. We headed into the Medina, into what we found out later was more of the locals side than the tourist side. Regardless, we got a good idea of the intricacies of the Fez medina, famed to be one of the most maze like medinas, easiest to get lost in (our tour guide later told us if you get lost it will take you at least two weeks to find your way out). We walked through some wood work shops, precious metal, clothing and other scattered souks all the while dodging men, women and children as well as motorcycles, donkeys, mules and small carts. While the Fez streets were more crowded and active then those in Meknes they were significantly cleaner and better maintained, an obvious sign of how a strong economy supports the infrastructure of a city.

The six of us who had headed out early met up with the rest of the ISA group Sunday morning for an official tour of the city. We visited a small synagogue with a 17th century torah that is apparently used now only for wedding ceremonies or other special occasions. We headed to an overlook of the Fez rooftops and then back into the medina.

Our group toured a ceramics studio of sorts. We watched as a line of men hand chiseled tiny pieces of wood fired clay into perfect shapes to be grouted together into floors, tables, sinks, and other gorgeous pieces of artwork. And another who meticulously hand painted each piece of pottery after it had been kiln fired. Watching what a long and careful process it is to make each piece of tile, every teapot and dish makes me like Target and the quick, easy, cheap attitude I am so used to so much less.

We also looked out over a tannery and watched as men bathed in vats of color to stain the leather that is the livelihood of so much of Fez. We watched scarves, blankets, and tunics as they were handwoven on looms out of silk, wool, and cotton. Everything we came across was unique, it had been crafted not by a machine in China but by the man sitting in the souk selling it. If it wasn’t so fun to haggle I would just give them their first asking price, most often a fraction of what a similar mass produced item would cost from a high end retail store in The U.S. But I did haggle and left Fez with a few awesome pieces of leather and ready to go back for more.

Where To Stay In Fez

The Medina is the center of life in Fez, and if you’re thinking about doing more than just a day trip to Fez, you might want to consider staying nearby. You’ll want to be close to it but perhaps not dead in the center – unless you’re really into being up all night – it can be noisy. As Fez is quite popular with tourists there are loads of options of where to stay. I don’t actually remember where I stayed in 2011, but these are my personal selections for each budget.

Luckily, Morocco is a budget travel friendly country. The exchange rate is good these days, $1.00 is equal to about 10 DH. There are hostels all around Fez, but looking through them I’ve chosen my top pick as Moroccan Dream Hostel.

If you’re hoping to be really central in the Medina, this is a great choice. The staff at the hostel are rumored to be very helpful, friendly, and accommodating. There’s a rooftop deck – important as aerial views of Fez are the best. Breakfast is available and you can book either a dorm or private room.

If you’re ready for something a bit more grown up and thus, expensive, Green House should fit the bill. For many, Morocco means insta-dreams. I promise you it’s not all that, but if you’re after it anyways, this place is absolutely overflowing with perfect back drops for your epically flowing dresses. And, there’s a breakfast included, a patio and a terrace, and you’ll still be tucked right into the Medina.

I always have such mixed feelings about hotels like Hotel Sahrai in places like Morocco. The drippy, and very affordable, luxury, is tempting. And even I, one day, might indulge. But it’s not reality, and that’s what mostly keeps me away from places like this. You will be living like a queen – and that’s so cool, but is that the point of going to a place like Fez? Anyways, that’s your choice – my direction is just that you consider the choice before you make it. And then when you make it Hotel Sahrai looks like a decadent spot which skips out on nothing. There’s an outdoor pool and a health and wellness center. There’s a rooftop bar and a restaurant on site. The rooms are straight lush – and the staff is meant to be pretty amazing too. One big drawback in my opinion is the significant distance from the Medina. If you want to get a real taste of Morocco, I don’t think this is it, but if you want to be pampered on the cheap – here you go. 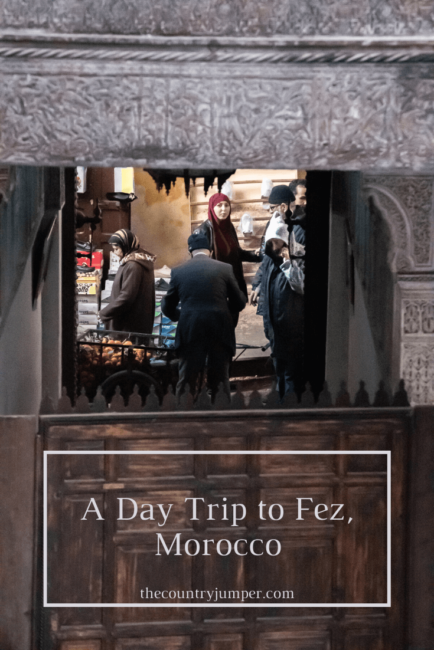