The Best Villages to Visit in the South of France

This is France. While this time I explored some of the best villages in the south of France, the last time I was in France I visited places like Bordeaux, St. Émilion, and La Rochelle. That was  in 2012, and while I remember loving the countryside, the scenery, and of course, the wine, I also remember the people being rude. Specifically, a run in with an elderly gentleman in a grocery store telling my friend and I off for not speaking in French when we were in fact not speaking at all. That was not the experience I had this time. This time around the people were very friendly, very welcoming, and more than happy to have a little chat in English.

​I spent a few days in Toulouse before heading out about an hour on the train north to explore the villages and countryside of the Aquitane region.

A few things to know before going to France

Almost everything is closed on Mondays, think of Mondays as Sundays once were in the U.S.. Expect that tourist attractions, museums, and small shops will definitely be closed. Restaurants vary and bigger, chain type shops may stay open. In addition to closing entirely on Mondays, many businesses may also have fewer hours on Sundays. So remember to check business hours before heading out to avoid disappointment.

You don’t have to run and enroll in a language emersion program and you probably don’t even have to download DuoLingo (though if you’ve got time – DuoLingo is a great way to build up some vocab!) but do try to dredge up a few high school French words. ‘Bonjour’ ‘Merci’ and ‘Au Revoir’ will get you smiles and better service with such minimal effort on your part.

Contrary to probably every other ticket you’ve ever purchased anywhere, train tickets in France are actually cheaper when you buy them the day of, in the station, as opposed to buying them in advance online. I paid €17 for a one way ticket which would have cost me €7 in the station. Not sure of the logic there, but hey, this is France!

The Best Villages to Visit in the South of France

I spent most of my time in France right along the border of the Nouvelle-Aquitaine region and Occitanie region. This is the corner of France which touches Spain, The Bay of Biscay, and the Mediterranean Sea. While most people in the area speak French, Basque, both the language and the culture, has been mixed in. This region houses Bordeaux, the largest city in the area, as well as the largest forest in France, beaches, and countless small villages – some of the best villages in the south of France, and in those is where I spent most of my time. These villages don’t see many visitors, but the ones they do see are quite often pilgrims on one of the many Camino de Santiago routes.

Perched on a rocky outcrop Lauzerte is easily spotted from afar. It’s quiet, even on a high season Friday, I parked my car near the base of the town and meandered up the steep, narrow streets, ducking into alley ways overflowing with window boxes and continuing up stone staircases. At the peak of the hill sits the medieval town, at its center a church and a sleepy square with a few cafes which attract the people come lunch time. The town has a surprisingly high number of metal work galleries and statues stationed about. The view points from the town afford incredible vistas of would be impending forces, but with a shining sun and no battles to fight you could imagine just sitting for hours.

​Providing the Lidl (read: food shopping) to the surrounding area, Valence D’Agen also has a beautifully scenic canal with walking paths on either side as well as plentiful cafe and dining options. The market also comes through on a Tuesday 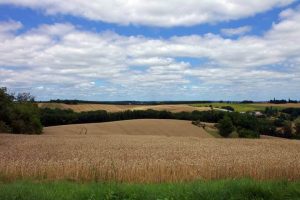 A salon de coiffure (hair salon-the only thing you’ll find in absolutely every little village across France #priorities), a bakery, and a tabac make up this miniature village. The bakery was closed on my way through so I got back in my car and kept driving.

Auvillar was all but asleep on a rainy Thursday morning when I made way through town. There’s a musty church and an open, circular hall in the center of the main, triangular square. There’s a pizza place, and a bakery, and a gallery, and two museums, only open in the afternoons. There wasn’t much going on, but perhaps the town comes out with the sun.

​Registering higher on the population, activity, and things to do scales than all of its before mentioned neighboring towns, Moissac rates perhaps a bit lower on the look pretty for tourists scale. More of a large town than a village, with both a canal and a river, Moissac may also have a slightly younger population than its nearby village counterparts, which does, of course, make sense. The main street is wide but still pedestrianized, with restaurant seating pushing in from both sides. Saturday’s market, just outside the main market hall, is still going strong around noon time. Inside the market hall, regularly one of my favorite places in cities and villages alike throughout western Europe, is fresh meat and fish in beautiful variety, the smell of the ocean sweeping over you as you walk in the door. 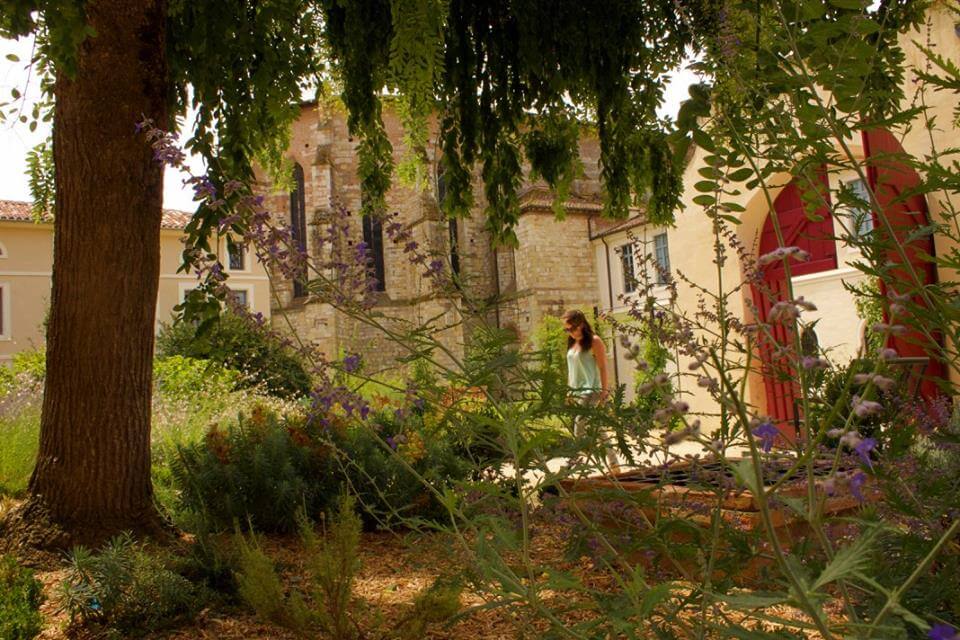 Montjoi was my favorite of the small villages on this list. It was picture perfect, and then you’d walk around the corner and that picture perfect picture had somehow been photoshopped into even further perfection. Montjoi is a walled city, as much as any walled city still is in this day and age. I actually visited on Bastille Day, which is not just a French holiday but also my birthday. I parked my old farm truck outside the main entrance to the walled part of the city and wandered through. There was a little market taking place where I stumbled upon, amazingly, an expat living in Montjoi. I bought myself a glass of wine, a bag of meringues, and a can of foie gras as a birthday gift, and onwards I went. Behind the market, and outside the stone walls are fields of greens and yellows, they are below you in the valley which you drove through to get to Montjoi, and they are, quite truly, like a patchwork quilt. If you get to choose just one village to visit in this part of the south of France, choose Montjoi 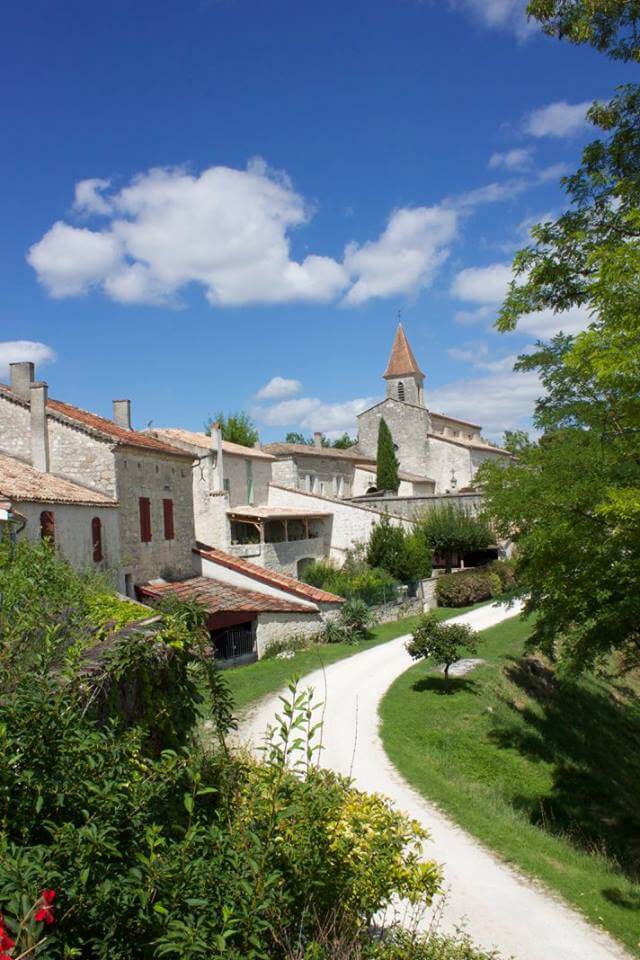 I love revisiting my own country… I don’t know these villages so this is a great list, thank you for sharing

Thank you Delphine! These are such cute villages. Which part of the country are you from?