In 2013 I traveled through Norway for about two weeks. I spent five days in Bergen after visiting Stavanger. Here’s the story:

After four lovely and mostly sunny days in Stavanger, I headed to Bergen. The fastest way to get from Stavanger to Bergen is by ferry or bus, however the cheapest is by train, so I took the train. It’s a 16 hour journey divided into two legs. The first leg takes you overnight from Stavanger to Oslo, which is ultimately the wrong direction. The second leg is another eight hours from Oslo north to Bergen.

At last I arrived in Bergen at about two in the afternoon the day after I’d left Stavanger, again it was a beautiful sunny day! I went and checked into my hostel and then headed out to find some lunch. I pushed my way through the tourist filled fish market and scanned the display cases filled with lobster, king crab, whale, fresh salmon and all sorts of other delicious looking fish to find the cheapest option. Settling on a prawn sandwich at 40 NOK I continued to wander the picture perfect water front on that picture perfect day. 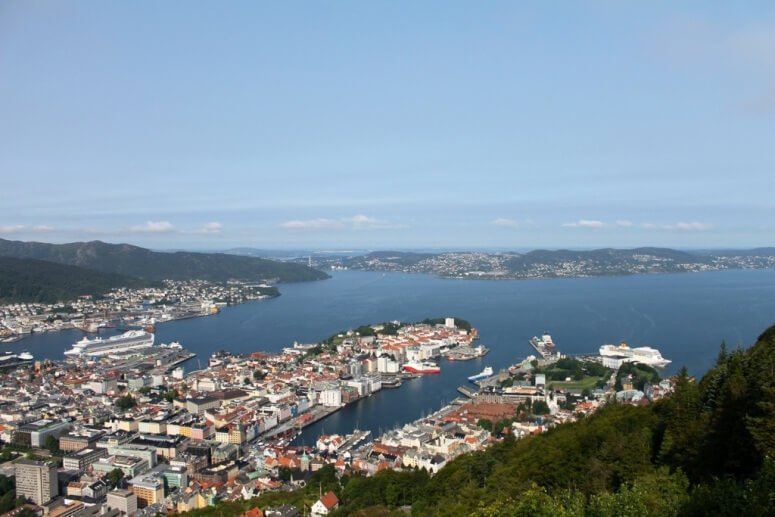 Bergen is a main tourist destination in Norway with at least one cruise ship in the harbor at all times. The city plays nicely to all of its visitors with beautiful clean cobblestone streets, markets with real and fake seal hides, and of course the overpriced fish market. The harbor is lined with cute cafés as is the main city square. The houses along the water are all perfectly painted and worthy of a post card pinned to the refrigerator. There is a short funicular ride which goes up the mountain behind the city and that’s what I chose to do the first full day I was in Bergen. Amazingly, another wonderful beautiful sunny day.

The ride costs 40 NOK, the same price as my sandwich, and was filled with two tour buses worth of tourists, one group all Italian the other all Spanish. At the top of the funicular there is an outlook overlooking the city, the harbor, and parts of the fjord. It’s a gorgeous view but it’s also extremely crowded. My plan had been to walk around the trails on top of the mountain, so once I got up and saw the crowds I instantly turned around and walked in the other direction. I started following some of the trails I had a map of, coming across lakes and small ponds and birds and ducks. I got to the end of one trail and had intended to turn left onto the next trail, but instead of taking the hard left that I was supposed to I took a soft left and was walking up the side of a mountain which was not the path on my map. The path was wide and paved and the views quickly became more and more impressive. After a while there was a turn off to the left and I could see some cabins up on the hill so I thought I’d wander up there take a look. I got to the cabins and the path kept going and going. Eventually I saw people coming from the other way and passing me so I kept going and going too, I was climbing mountain top after mountain top, going up and back down, passing sheep, hearing the bells tied round their necks jingle as they roamed the mountains, passing fresh water lakes and mini waterfalls. Some of the terrain got tougher, climbing up rock hillsides, some was muddy and wet. 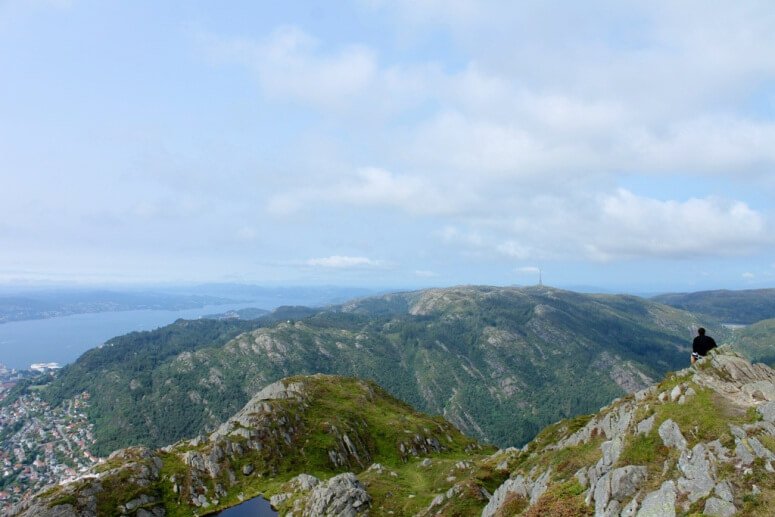 I stopped and ate my sandwich somewhere along the way, looking out across the fjord, across Bergen, and behind me a stretch of mountain which went on and on and on, it looked like what I’d imagine the alps look like. I had no idea where I was hiking to except that I was following signs marked Ulriken. I had no idea how far that was or if I’d have to turn around once I got there, all I new was that the sun was still shining and I had no where I had to be, so I kept hiking. After about 5 hours I at last arrived at Ulriken, a spot atop another mountain on the opposite side of Bergen with toilets, a restaurant and a cable car back down. Exhausted I asked to purchase a ticket for the ride down the mountain, 80 NOK, twice as much as coming up, $13 for a two minute ride. Nope, I was a cheap ass backpacker so instead I walked down the dirt-bike paths, posted with no walking signs and bought myself an ice cream in town, I felt I’d earned it. 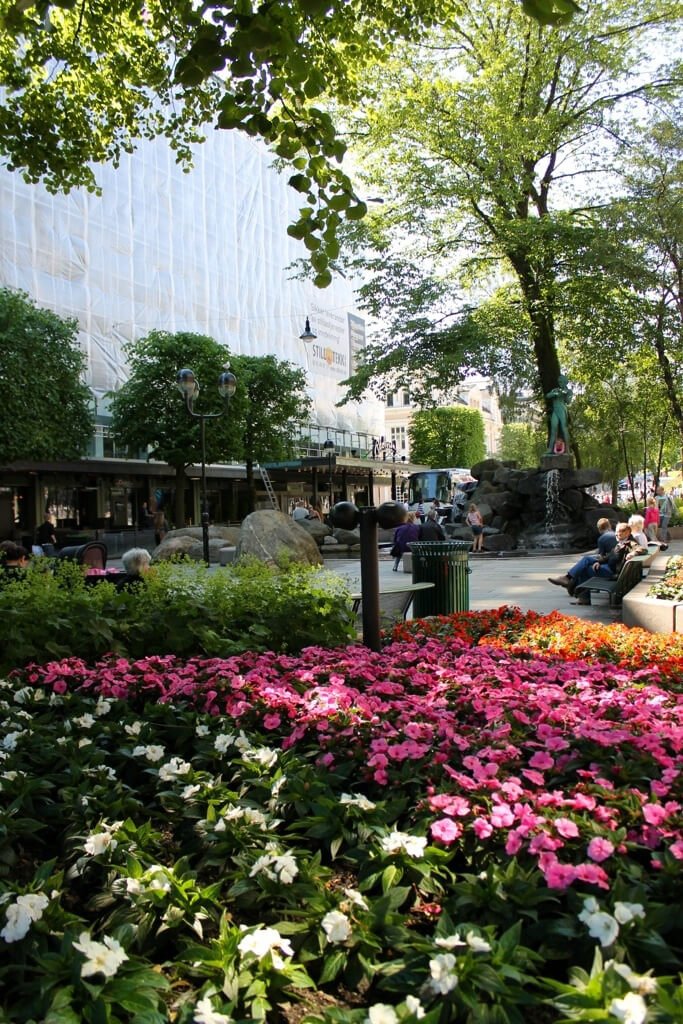 I woke up the following day to sunshine yet again. The city was buzzing, moms and kids strolling around the parks, lying in the sun. Teenagers practicing cheer leading routines in the green space. Tourists eating ice cream and snapping photos. Joggers, bikers, walkers. Norwegians are extremely active and are all fit and beautiful to show for it. I sat on a park bench, read a book and enjoyed the warm weather while I watched everybody else doing the same. 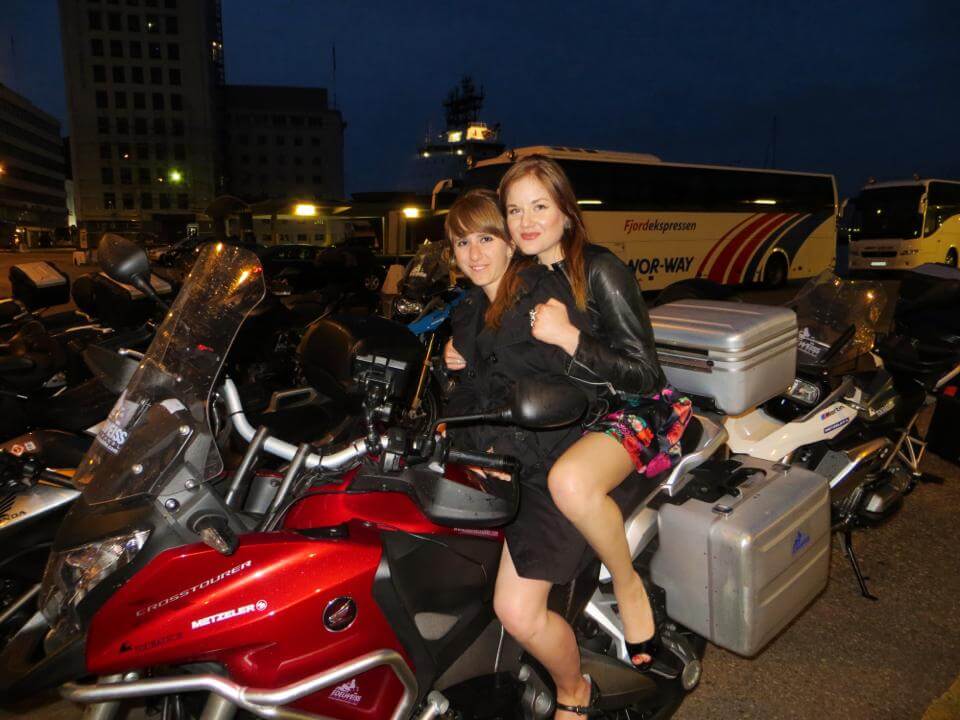 And now I’m writing this post from my couchsurfing hosts couch. I met her later that afternoon and have had the most amazing birthday weekend with her! Serina, or Kristine, and I met up on a Friday, we stopped by the market, got some wine and some food to cook for dinner. After polishing off our bottles later that night we got dressed up (she lent me a dress, heels and a bag, we’re the same size in everything!) and went out. After a few different bars we ended up at an Irish pub (story of my life), we were sitting at a little round high top table chatting when a red headed kiwi came over, pulled up a chair and started chatting to us. Moments later his German friend joined him.

The German works for a company called Edelweiss Tours. He leads motorcycle tours around Europe. The kiwi was traveling on his Norwegian tour. Kristine rides horses, she and I had plans to go out to the barn the next day, she had been chatting to the kiwi and asked him if they’d come out on their bikes to pick us up. They agreed. Neither of us had ever been on the back of a motorcycle. After lights on at 2:30 (Norway does everything it can to limit drinking, including closing bars ridiculously early) and a walk down to the docks to sit on their stationery bikes, we got contact info and said goodbye, or at least till tomorrow.

The next morning after a solid 4 hours of sleep Kristine and I made a quick run to the liquor store (another Norwegian tactic, you can only buy alcohol at state run liquor stores and they close at 3 pm on Saturdays) to replenish our supplies then sprinted across town to catch the bus out to her barn. The first bus took about 30 minutes, and by the time we got to the connection spot for the second bus it had gone already, so we walked another 30 minutes in the gray drizzle. I realized when we got to the stables that I hadn’t been around horses for almost exactly a year, and it was nice to smell and touch them again. I was happy to muck out two stables, swap some ponies around paddocks and tack up a few horses. The things which become mundane about doing horses every day are so welcome when you’ve not been around them for so long.

We had planned to finish at the stables around 6, but we were all wrapped up at 4. We texted the boys but they weren’t going to be able to come until our originally planned time of 6. Not wanting to wait around another two hours we hit the road, stuck out our thumbs and promptly hitched a ride back to the bus station. 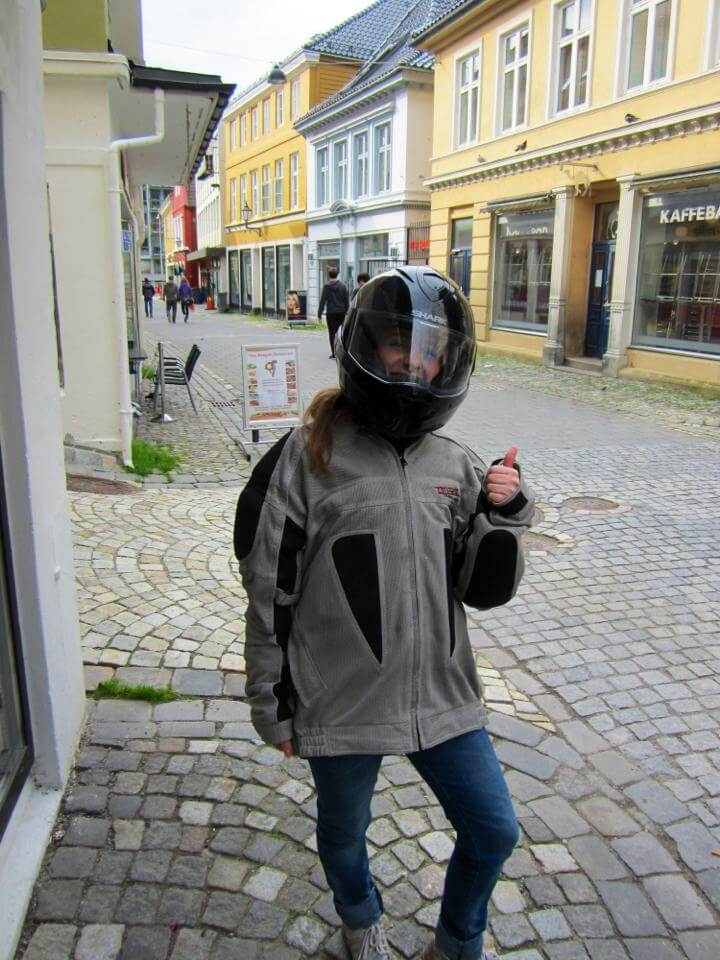 A quick tidy up, throw on a leather jacket (of course we had to look the part) and the boys pulled up below the window on their bikes. They gave us over sized motorcycle jackets and helmets and we hopped on. I rode on Nicks bike, the kiwi, and Kristine hopped onto Michael’s. We took a 30 minute ride out to Askoy, an island just outside of Bergen. My first time riding on a bike took some getting used to. At first it was terrifying, going around curves in the road the bike feels like it’ll just slip out from underneath you. But soon I got used to it, and started to enjoy it. Crossing the bridges and looking out across the fjords with the open air whipping around you is kind of awesome. Popping over speed bumps, reaching speeds I won’t mention because my mother reads this, riding up on sidewalks and down the cobble stoned Bergen streets on the back of a strange boys motorcycle in Norway wasn’t such a bad way to spend an hour.

We got dropped off safely back at Kristine’s doorstep with plans for the boys to come back an hour later for a pre party doubling as my birthday celebrations come midnight. And that’s exactly what happened, with Kristine, her sister, about 10 other Norwegian strangers and our kiwi and German friends I brought in my 23rd year right. At exactly midnight my new friends brought in a cake with 23 candles and sang me happy birthday. They told everyone at the bar that it was my birthday and I was getting free drinks and free shots all night. I even got a free cheeseburger from Burger King to finish the night off! It was a great night, a wonderful way to start the year and exactly how any traveller should want to celebrate their birthday, with a whole bunch of strangers. I can now confidently say, should I ever be back in Bergen, I will have more then enough couches to surf on.

Some people choose to do Norway in a nutshell Bergen to Oslo, my next stop, but me, I’m off to take one more Norwegian over night train back to Oslo before I fly out of this beautiful country in just three days. 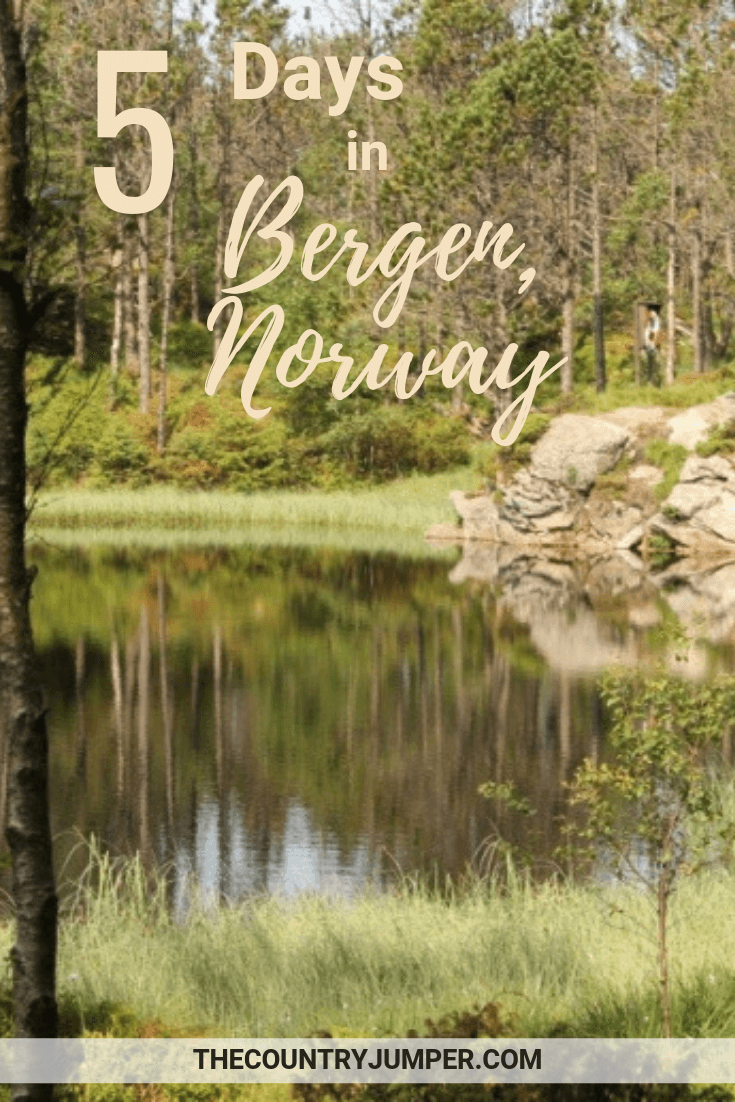