Welcome to your one-stop shop for all things France.

Bordering The Atlantic & The Mediterranean

Regulated religion: Using its status as a secular state, France has passed laws in recent years which ban the use of conspicuous religious symbols in all schools. Another law bans the wearing of face coverings which includes the burqa and other religious garb in public places. These laws have led to scrutiny both in and out of France and are widely considered to be targeting Muslims – the ban on the burkini is evidence to back up such claims.

Terrorist attacks: Unfortunately, France has been victim to multiple terrorist attacks in recent years. These include the 2015 Charlie Hebdo shooting, the 2015 attacks at The Bataclan and throughout Paris, and the 2016 Nice attack.

Identification: Police are allowed to randomly stop civilians on the streets and ask for ID and you are legally obligated to provide it.

Drugs: All drugs are illegal and criminalized across France, though you may regularly smell marijuana in the air.

LGBTQ: Same-sex relationships and marriage are legal across France. Transgender people are allowed to legally change their gender, but only after gender reassignment surgery.

As with most of Europe, France is generally quite a safe country.

While terrorist attacks have occurred, this is unfortunately an awful reality of the vast majority of the world.

Cities in France can be hotspots for pickpockets, especially in highly touristed areas like around the Eiffel Tower and on the metro as well. The south of France, specifically near the Mediterranean, petty crime can at times turn violent. This is not reason to restrict travel to these areas but rather to remain vigilant, as always.

Founding: France as we know it today was established in 1792

Origins: The first mentions of France can be traced back to as early as the year 463.

Recent History: France was involved in both WWI and WWII. Paris was liberated from the Germans in 1944 and in the following years joined many international treaties and adopted a new constitution. France also became a founding member of The European Union.

It is only permitted to go nude near bathing areas.

The burqa is banned.

Where is the train station?: Où est la gare? /oo-ay-la-gar/

Facts According to a Local

Everything is closed on Sundays:
Although France is officially a secular country, the Catholic traditions are still very much present. For this reason, shops are not open on Sundays.
Parties never start on time:
It’s pretty common for French people to be late to parties. If someone invites you for 7pm, there is really no need to get there before at least 7:30pm. As a general thing, showing up 10 minutes late is seen as polite.
That having been said, the same principle does not apply for a job interview!
Also, you should never turn up empty handed. It’s common courtesy to bring a bottle of wine.
Meals are very important:
In France, we get between 1 and 2 hours for lunch. We usually go to the restaurant during this time (hence why all french restaurants are full at lunchtime). Lunch breaks and anything that has to do with food in France are pretty much sacred, especially in more traditional parts of the country such as South West France.
La Bise is the official way to say hello:
Saying hi to someone is a pretty important process in France. A simple hello or hi won’t do the trick. You need to kiss the person. This is called “La bise”. Depending on the region you are visiting, you may need to give 2, 3 or 4 kisses. 1 kiss is only for kids.
Use “Madame” or “Monsieur” when trying to talk to someone:
French people don’t like when people they don’t know become too familiar too quick. If you don’t know the person, you should not call him/her by her first name until you are invited to do so. Meanwhile, you can address them as “Madame” or “Monsieur.
To go a bit further, there are actually 2 ways to say “you” in French, a friendly and a formal way. “Tu” is used with friends and family. “Vous” with anyone else. Unless the person tells you you can say “tu” you should never do so.

Although gender equity is a priority in France, there is still some work to do on this point.
On one hand, women are very much respected. Nobody expects women to be staying at home or anything of the kind. When going out, it’s very common for women to pay too. The whole concept of dating as known in the USA, doesn’t really exist in France.
However, there is still a lot of pressure put on women. Unfortunately, it’s very common for men in the streets to comment on our every move. There is a lot of unsolicited attention. The best thing to do is to ignore it.

Waiters in France make a living wage. For this reason, you are absolutely not expected to tip. The French only tip when they receive excellent service.
If you wish to tip, 10% would be more than generous.
It’s a bit more common to tip in Paris but everywhere else it’s seen as a bonus and definitely not an obligation.
Please note that service and taxes are all included in the price shown on the menus.

Not even trying to speak French:
It’s no secret that the French are not the best at speaking English. Even if you can’t speak French, try to learn at least a few words such as “Bonjour” (hello), “S’il vous plait” (Please), “Merci” (Thank you) and more importantly “Parlez-vous anglais?” (Do you speak English). *see more French language tips*
Not being polite in a shop or a cafe:
Waiters and shop workers expect you to treat them as you would anybody else. When you sit at a cafe, a quick “A coffee please” won’t be appreciated. You need to greet them, say hello (no bise in this case), thank you and everything. If you don’t, they will sarcastically make you realise that you are being rude.
Going to order at the bar of a restaurant:
In France, table service is the standard. You need to wait for the waiter to come although you can waive at him if needed. Going to the bar to order will be considered as very rude. If you do so they will probably even tell you to go back to your table and wait for the waiter.
The only case when it’s fine to do is to order a coffee.
Talking about money and salaries:
Money is still very taboo in France. Under no circumstances should you ask how much money someone makes.

Officially speaking, France is a secular country. This means that the state and all its institutions (schools, offices…) are neutral in matters of religion.
However, France is traditionally catholic. All churches are Catholic and we still celebrate all the Christian festivities including Easter and Christmas.

My Time in France

I spent about two weeks in this area; housesitting outside of Erbray and exploring the countryside including Châteaubriant.

As a backpacker I made my way through the region spending a few days in both Orleans and Tours.

Paris was a part of the very first trip I ever took to Europe when I turned 11. I visited Paris again for a week about 15 years later.

During a short trip to France I spent a few days in both La Rochelle and Bordeaux and drank wine in the hilltops of Saint-Émilion.

Toulouse is a treasure I uncovered in this region. I also housesat outside of Valence D'agen and while there visited the towns of Moissaic and Montjoi.

I managed to spend a few days in Le Mans where I got to see some cars speeding around the track and ogle the cathedral.

Before Your Trip to France 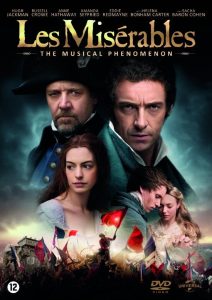 The epic that is Victor Hugo’s Les Misérables is a tale worthy of repeat viewings. If you have any chance to watch it on-stage, do. But, in the meantime, be sure to catch it in at least one version (film is certainly not shabby) before visiting France. 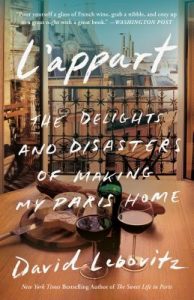 Recommended as one of my books to read while traveling, this is also a great book to read before visiting France. It goes into life as an expat and the humor and frustrations of not only living in the country, but trying to renovate a new home there.

Hugo lives in a fantastic world of magical realism in a train station in Paris. The acting is wonderful and the Paris scenery will  have you drooling. 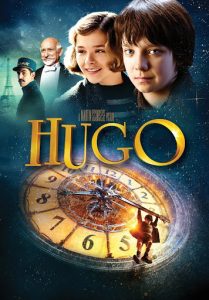 It does pain me a bit to put this very pop book on a read before visiting France list. But alas, it is an easy read and provides some lovely scenes in France – specifically through the Louvre. 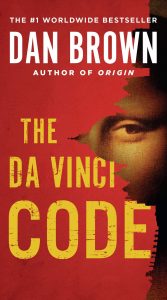 Alternative Places to Visit in France 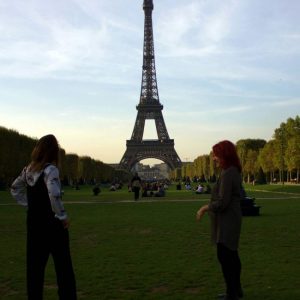 The Eiffel Tower is an icon. And if you haven’t seen it in person, go see it. But maybe skip the queues and don’t bother going up – the tower is what’s important, once you’re in you can’t actually see it. 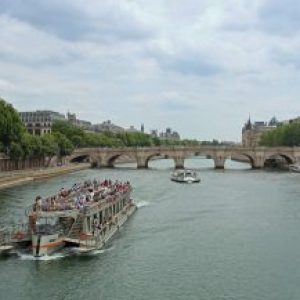 There are loads of river cruise options, and while prices may differ slightly, unless you’re looking at luxury they are pretty comparable. What you do want to be specific about though is the direction you go. Make sure you pass by the Eiffel Tower to get some stunning views. And, aim for leaving just before dusk so you get some day time light and some nighttime – when the tower is lit up. 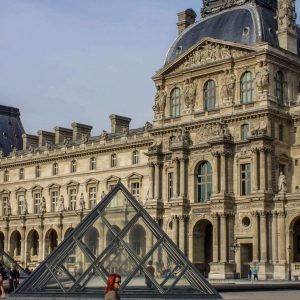 If you spent 30 seconds at every piece in The Louvre it would take you 100 days to get through the entire museum. The museum is two miles long – over 650,000 square feet, and has 300 rooms. It is of course filled with classics of history and art. But it’s also filled with tourists. 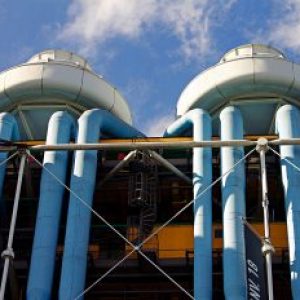 I like this museum primarily for its fun, modern, totally different external architecture. You could even just skip the ticket and go see the building from the outside. This museum isn’t too shabby with almost 40,000 square feet so you’re still not going to conquer it all in a day but I suggest it nonetheless. 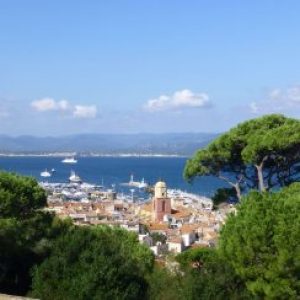 St. Tropez is on the French Riviera and is where you’ll spot top global celebs vacationing. If you’re after Bono and Beyonce in more than just your stereo this holiday, then St. Tropez is for you. But, sorry, if you’re here reading my blog than chances are very good that you are not running in those circles. 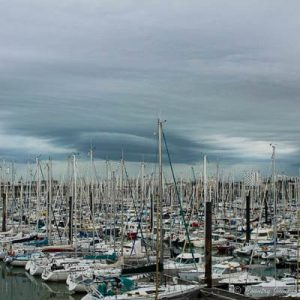 If you’re looking for the top places to visit in France outside of Paris, La Rochelle might not often make that list. And comparing it with St. Tropez might get me a good side-eye from anyone in the know. But, if you want some sea without all the glitz and glamour, it’s best to head north rather than south. And La Rochelle is a good bet. While more inclined to the students than the celebrities this means that prices are lower and the atmosphere more relaxed. 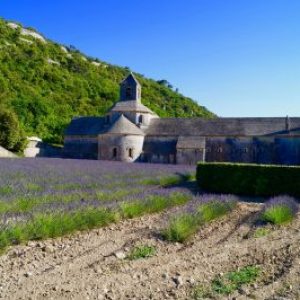 Provence is that area of France known for its beautiful countryside – lavender fields, sunflower fields, all those insta-worthy pics. And it’s pretty, sure – but all the other insta-girls are there too. 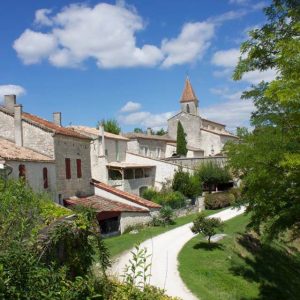 Alternatively, go to the Occitanie region, also in the South of France, also full of pretty fields where you can take pretty pictures. But you know what this region is not full of? You guessed it: insta-girls. 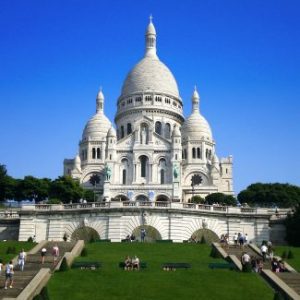 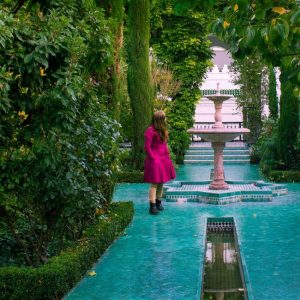 The Great Mosque of Paris

A beautiful, tranquil oasis in the city. The gardens are meant to transport you to a place outside of the city. And this space is peaceful. It is quiet and it is tourist free. It is a welcoming building and atmosphere and I highly recommend a visit to the Great Mosque as one of the most underrated things to do in Paris.