One of the Top Hikes in Norway

Originally published on my previous blog in July of 2013, Norway holds steady in my ‘top five countries’ so I’ve decided to edit and republish this beautiful experience I had on one of the top hikes in Norway, the Preikistolen hike in Stavanger.

I woke up on the overnight train from Oslo, headed across southern Norway, just in time to catch the last few moments of scenery before reaching my destination: Stavanger. Stavanger is Norway’s third largest city and its oil capital.

Finally having arrived, utterly exhausted, I immediately caught a bus out of the city to try to locate my hostel. After about 30 minutes of wandering, with no directions and no signage to speak of I eventually found the Hosteling International hostel I had booked. One of the only two options in the city, both of which were Hostelling International, it would not have been my first choice but was, more or less, my only. After a long overnight it was barely pushing 8:00 AM when I arrived. I couldn’t check in yet so I dropped my bag and dragged my weary self out for a bit of an exploration.

The hostel is a simple stone’s throw from a small lake, I headed for a stroll around it, but my explorations hadn’t lasted long when I found a large rock and took a nap beneath the sunshine in a city in which it rains 220 days of the year. 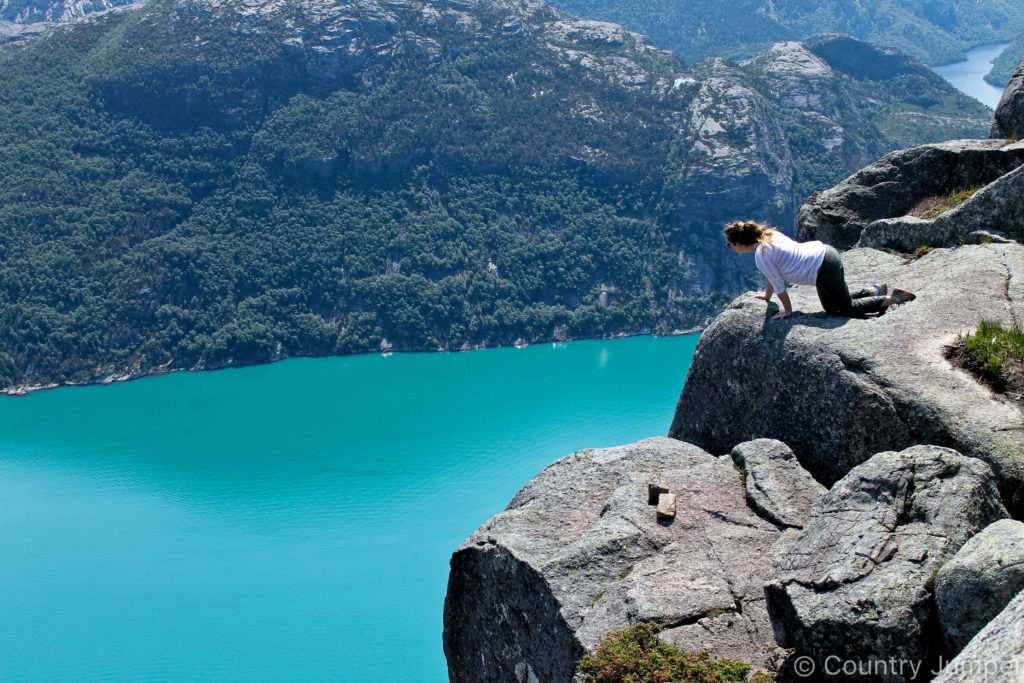 Waking up slightly more refreshed I walked towards the city. Norway has an exceptional network of well-marked, well maintained, and well used trails where runners and bikers are abundant. I followed those paths from the lake, following signs marked ‘sentrum’. It took me about 40 minutes to make it back into town by foot. I spent the day in and out of the shops, up and down the pedestrian streets before heading back to the hostel, still with the sun shining high in the sky.

The reason I’d chosen to head to Stavanger was because I’d read that it was a great starting point to explore and hike the Lysefjord. I wasn’t quite sure how to get from my hostel to the fjord, but I planned to somehow make my way, the following day, to The Pulpit Rock (Preikistolen). As I was eating breakfast early the next day a fellow hostel guest asked if I was heading out that direction, he had much clearer plans than I: to take the 8:55 bus. I got my daypack together with basic hiking essentials to keep me going throughout the day. There’s definitely not anywhere to buy anything once you’ve started the hike, even where the bus drops you off is only a small facility. You need to make sure you’re prepared.

And off we went.

The bus took us to the harbor where we took a ferry across the fjord to another bus which drove us an additional 30 minutes to the base of the mountain. On the first bus we met a third solo traveler and the three of us joined together for the climb. Another perfectly sunny day with a warmth that bored upon heat meant that, especially it being Saturday, the mountain was crowded, kids, dogs, babies, couples, tourists, locals, it seemed everyone had the same idea we did. And what a good idea it was. 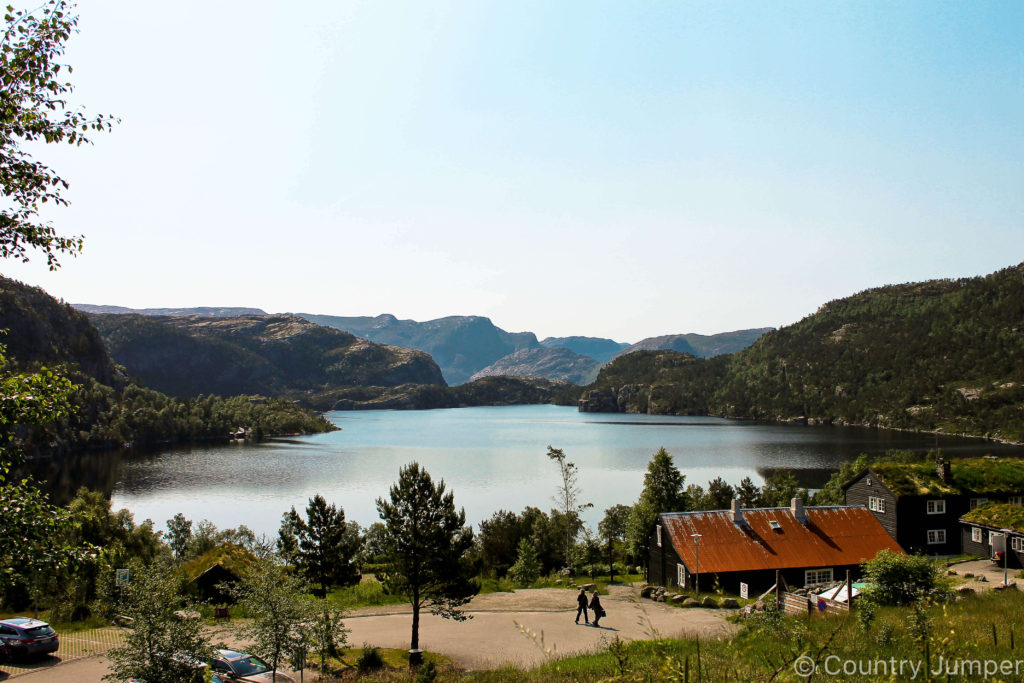 The next two hours were spent traversing our way up truly steep hiking trails, hopping across rocks and through streams, ogling at the types of views you don’t believe can really exist in this world. Hiking Preikistolen is tough, but beautiful. Finally, we arrived at our destination.

Preikistolen is a flat rock, sitting high above, and stretching out over, the water of the Lysefjord. That water is a brilliant, deep, shining aquamarine and it quietly, lazily flows off the horizon towards the Atlantic. It’s guided there by the plunging cliffs, a mix of browns and greens just beneath the cloudless azure of the sky, all together creating the watercolor portrait that is Norway.

There at the top, while we rested, drooled over the view, and snapped photos, there wasn’t a single security officer, no officials, no rules, no railings. I, along with everyone else who had done the climb, was out there alone with nature, free to lean, and reach, and sit over the edge, 604 meters above the fjord. This was everything I’d wanted from Norway and more.

We spent as long as we could afford to at the top, without risking missing the bus back. An hour and a half got us back down to the base just in time.

Arriving back in Stavanger, utterly exhausted, we grabbed beers from the market, the cheapest, but still very expensive, option. We sat on a park bench and chatted.

My companions of the day had been two young travelers like myself, one from Korea and the other Japanese. Sipping our beers in the fresh Norwegian air, we mulled over life. Studies, the price of bras at Victoria’s Secret, and America. We talked about how I had noticed a lack of police presence in Norway, but for them that was normal. Drinking on the streets, open container laws, and putting beers in socks. We talked about religion, we talked about my plans for Vietnam, their plans for travel, their jobs, their next destinations.

With both our minds and bodies utterly exhausted, we added each other on Facebook and said our goodbyes. I wandered lazily back to my hostel to collapse beneath the pure bliss of the day.

I did this tour independently, as I do most things, it’s doable but if you like the comfort of everything planned out, here are some options: 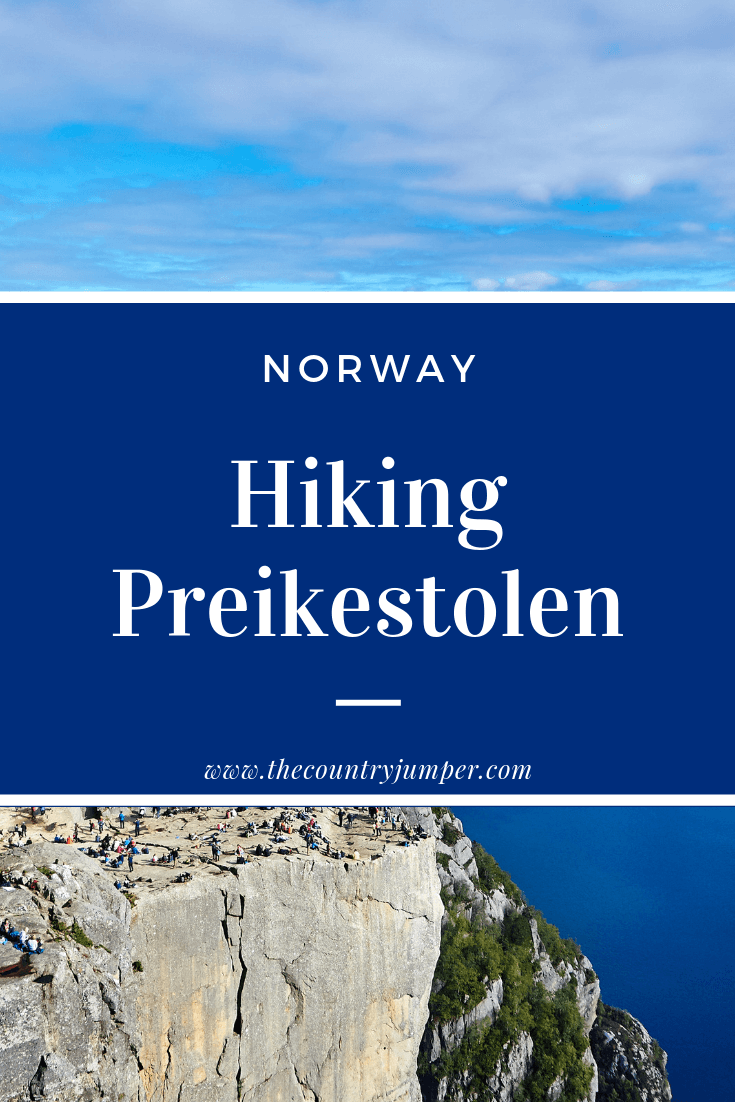