The Longest Zip Line in Spain

‘See the top of that mountain that looks like it’s snow capped?’ she said as we turned inland away from the Costa del Sol ‘that’s Comares.’ Comares, home to the longest zip line in Spain, perhaps one of the best zip lines in the world.

O.K. so I’m definitely going to be slinging my body into one of those abysses that surrounds it on all sides. It’ll be a good story if I live to tell it. I just read that somewhere.

No, I’m being dramatic. It’s just a zipline. I tell myself. Only the longest zip line in Spain…still dramatic? 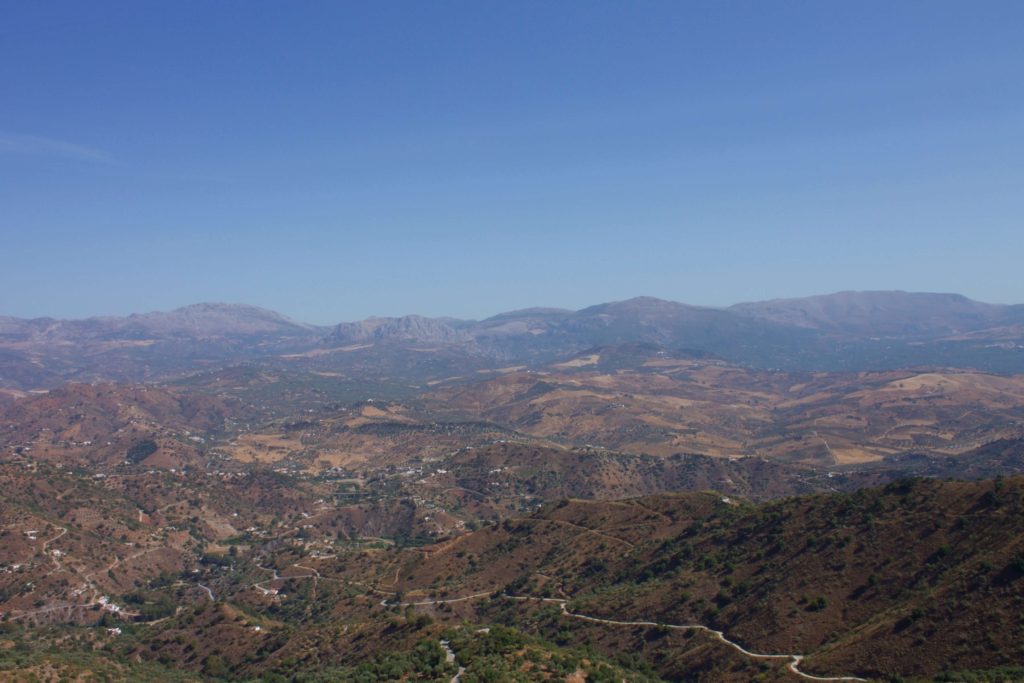 But first, Comares. Comares is in fact that snow capped peak that you can see from miles away, it’s one of many pueblo blancos in the south of Spain, keeping the summer sun from boiling its 1,400 residents. But this pueblo sits more than 700 meters (over 2,000 feet) above sea level, at the end of a very long, very steep, very twisty road lined with overripe mangoes, avocados, and walnuts dangling from branches, out over the road, begging to be plucked and devoured.

We wandered the narrow cobble stone streets, built that way by the Moors to always cast a shadow and keep the blazing Andalusian sun at bay.  Comares is a roller coast, a constant up and down of stairs leading this way, ceramic, Arabic tile footprints pointing that way, an alleyway jutting off to the left and a paved road veering to the right. There’s a whinny, I look to my right and down the embankment is a tiny stable, a miniature pony beating the heat. Not steps from him is the town square. An old man leaning against the stone wall, pointing us up the hill as he puffs his cigarette, pointing up and back at his eyes, up and back at his eyes. That’s old man language for view point. So we go and look, it truly is an abyss. It’s like sitting on a peninsula in the sky, surrounded by air on three sides, clear, fresh, hot, mountain air. 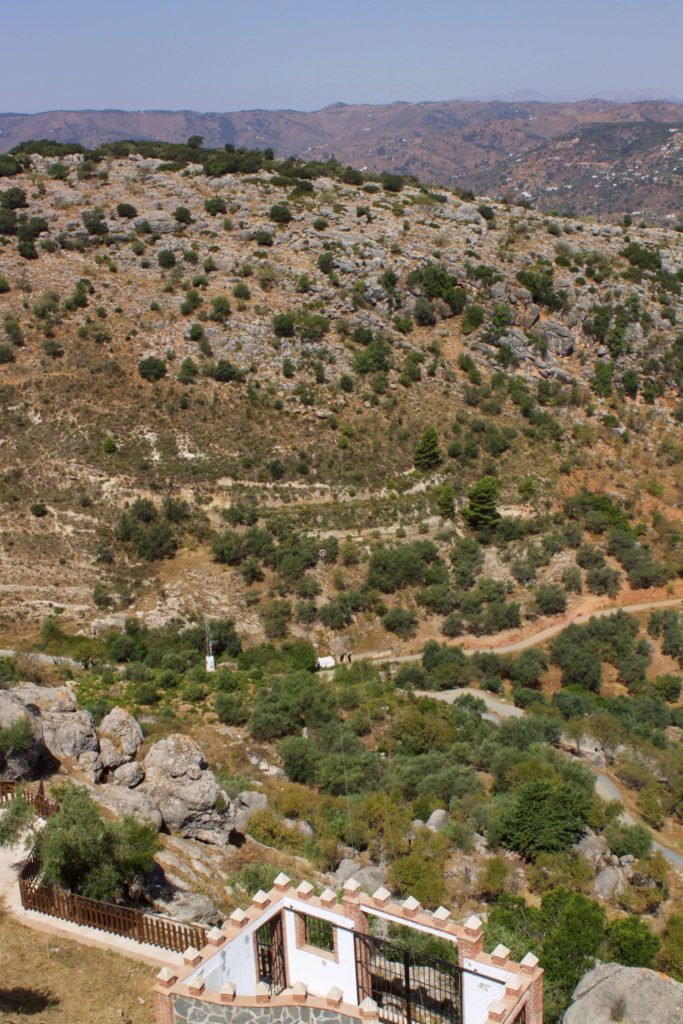 The mountains here in Andalucia are a bit majestic. They line up in varying shades of brown, the green sucked out of them by the sun. But they’re stunning still. They’re speckled by tiny dark dots, the hardiest of vegetation. And through their valleys run green, the nutrient rich soil still giving life in a long ago dried up riverbed.

O.K. so I am going to be hurling my body out into that abyss. 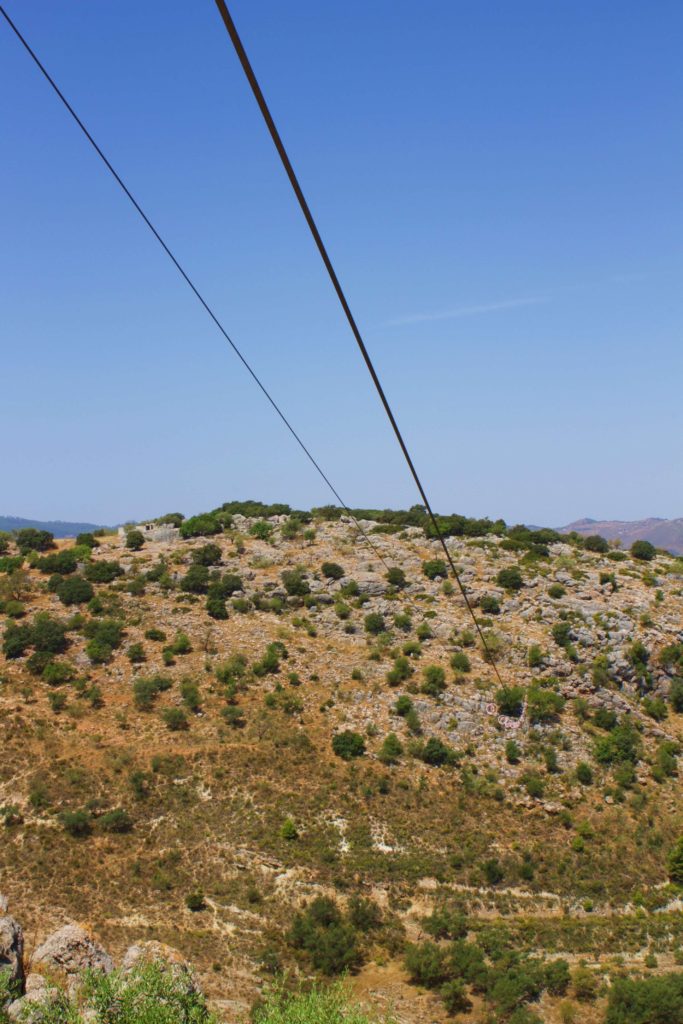 Let’s meet Leo. He straps us into our harnesses, makes us sign release waivers, assures me that the zipline’s been there for four year. No problems. ‘Well’ he continues ‘no big problems’ O.K. so nobody’s fallen off. But what if today’s the day, could be starting to wear out. Then he tells me that some people slept out on the zipline, all night, suspended in the air. That’s cool, if it could hold them all night it should be fine, right? Or maybe that wore it out. Stop.

Leo zips off for a test run, his seven year old son strapped to his front, that’s the kids 20th run. So woman up Caitlin.

The zipline hangs 115 meters (377 feet) above one of the valleys surrounding Comares and connects to a nearby cliff 436 meters away (1430 feet). The other Caitlin wants to go first. No pasa nada. Be my guest. Who’s next? O.K. Anna, and then me, I commit. If you don’t make it to the red bag just reach up and pull yourself along the line. That’s what they’re telling us. The smaller you are the more likely you are to stop too soon.

The line does a good down hill from your push off point, giving you some inertia before it dips and begins a slight ascent to the red bag of safety, causing a small person like me to, perhaps, not stay in motion. Should’ve had a cheeseburger. 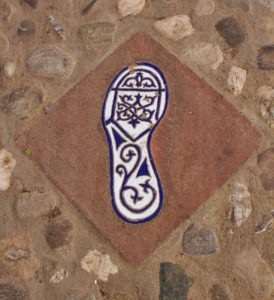 Strapped in, one hand here, one hand there. Ready? As I’ll ever be.

‘HOLY SHIT’ I yell as Leo runs and pushes me out into the abyss.

But then I’m just flying, an easy breeze runs through the valley and I can see for miles.

Like adventures? Some of the best things to do in Spain are out in these mountains, away from the tourist traps of Barcelona. Visit Comares, hurl your body off a cliff, because why not? 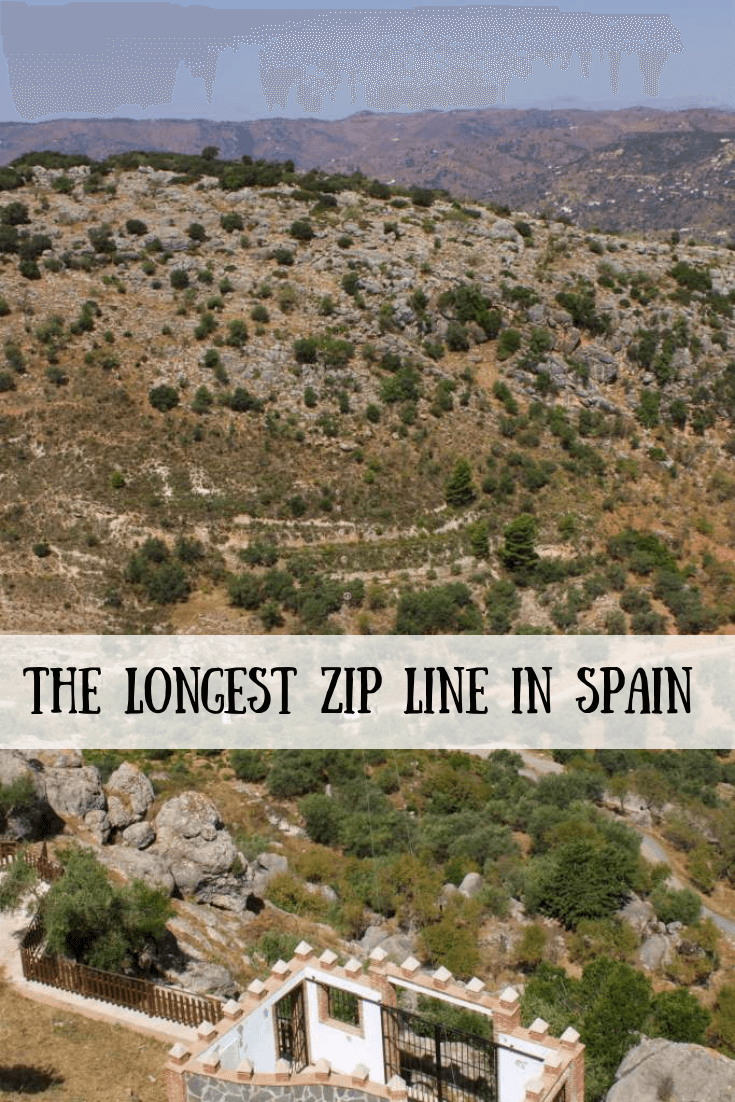