Working with Horses in Ireland

So there I am. The process of getting my Ireland working holiday visa was complete. I was now legal to begin working in Ireland. What now? The plan was to go and begin working with horses in Ireland.

But back to the main point.

I’d ridden horses all my life so I wasn’t jumping in cold but I was jumping in deep. I’d been in contact with a number of yards through the site Yard and Groom. Yard and Groom is an excellent free membership site on which you can find jobs working with horses all over the world. Whether you’re looking for a job in horse sales, a job working on a race track, if you want work as a show jumping rider or training youngsters, basically any equestrian career you can think of, can be found on Yard and Groom.

After speaking with a number of different show jumping yards in Ireland through the site, I had landed on one in particular. So, when I boarded my plane to Dublin I was actually en route to Tipperary.

I was going to work for Olivia and John Holohan at Boolagh Stud.

I landed in Dublin early in the morning, it was still dark as I made my way through the parking lot towards the bus that would get me to Fethard, Tipperary. I was on that bus for a long time. Everyone else slowly got off but I kept going as the sun rose higher and higher into the sky. The landscape, as it tends to do in Ireland, only got more and more perfect as we trucked deep into county Tipperary.

At last, we arrived, I stumbled off the bus in my long, purple wool jacket rolling my two red suitcases behind me. The bus pulled away and there I was, on the street corner in Fethard. 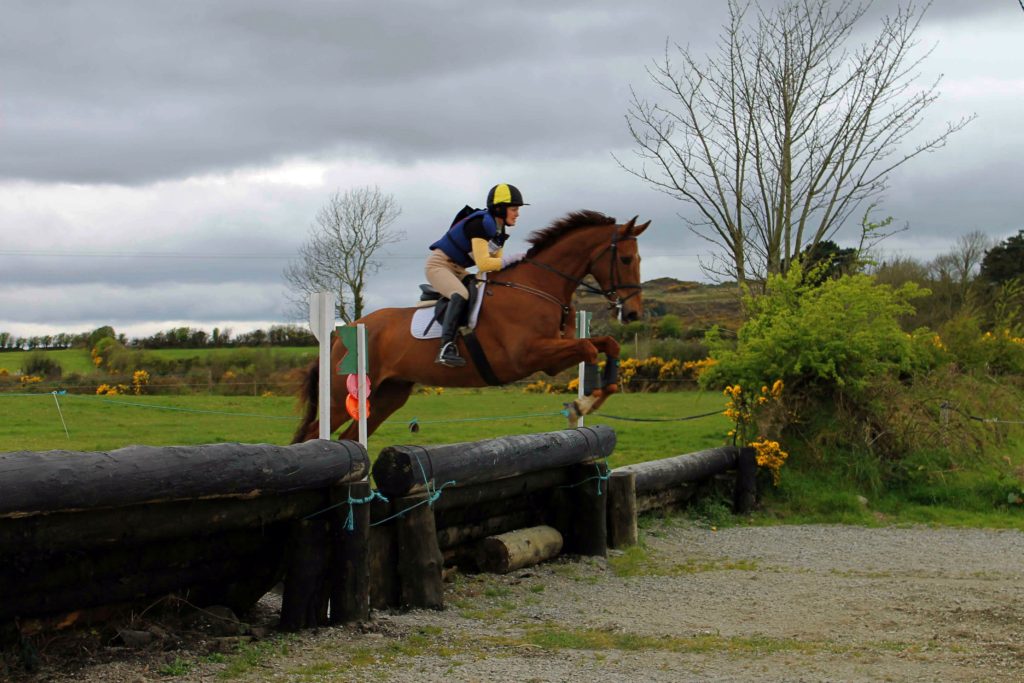 John and Olivia knew I was coming that day but they didn’t really know exactly when, so no one was there waiting for me nor were they on their way. I had the house number but I had no phone. I stopped an old man on the street and asked to use his. He of course said yes. I rang the number I had and a little while later, John, in his old, red and steady farm car rolled up. Off we went to Boolagh.

Boolagh, as I knew it, is a property with old stone stables and more rolling, green hills than you’d know what to do with. There were old tractors strewn about and apple trees here and there. The horses grazed off in the distance and a house sat atop the hill. Boolagh stud. And its people.

Olivia, or Polly, originally from England, was strict and tough and liked things done her way. The horse’s hooves had to be picked out before they left their stalls, even though we, not her, were the ones who swept the aisles afterwards. The shavings had to be banked against the stall walls just so, the blankets had to be scrubbed meticulously by hand. The tack had to be cleaned with a soap that turned your hands red and raw. Polly had a temper on her and when things got messy she wasn’t afraid to give us a real good talking to. But when it came down to it she was a mother who baked a mean pie.

John, originally from the very plot of land Boolagh stands on now, was everything Polly was not. He was quiet and he was steady. He was level headed and patient. He was kind and never, ever raised his voice. John had a way with the horses that was impossible to explain. The craziest, wildest, most hot-headed piece of animal could dance in backwards on its hind legs and John would take one look at it and have it lapping out of the palm of his hand like an old dog in seconds. John lived and breathed horse from the day he was born. He long lined the babies around the property day in and day out but I never once saw him get on the back of one.

That was our job. 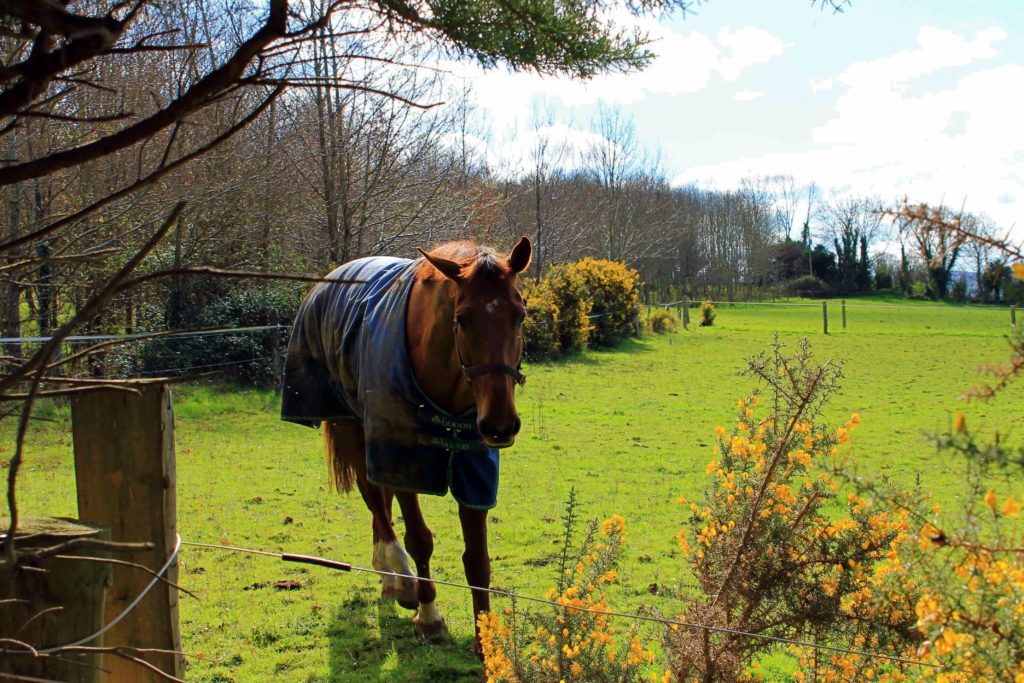 One of the Boolagh horses

There was Ellis, Aitor, and Tanja. Those were the other riders. English, Spanish and German they came and went over the time I was there.

Then there was Hally, Romeo, Buster, Snickers, Dora, Biddy, and Percy. Those were just a few of the horses. They too came and went over the time I was there.

We’d jump atop the ponies that had never been jumped atop. We’d go for walks up the hill and trots through the forest. We’d school over downed logs and open ditches. We’d get bucked off. We’d get back on.

Ellis and I would take Buster and Romeo, the two, fancy show jumping ponies, each for sale for approximately €40,000 and gallop them through the forest. A race that was totally irresponsible and totally enjoyable. A race that they enjoyed perhaps even more than we did. 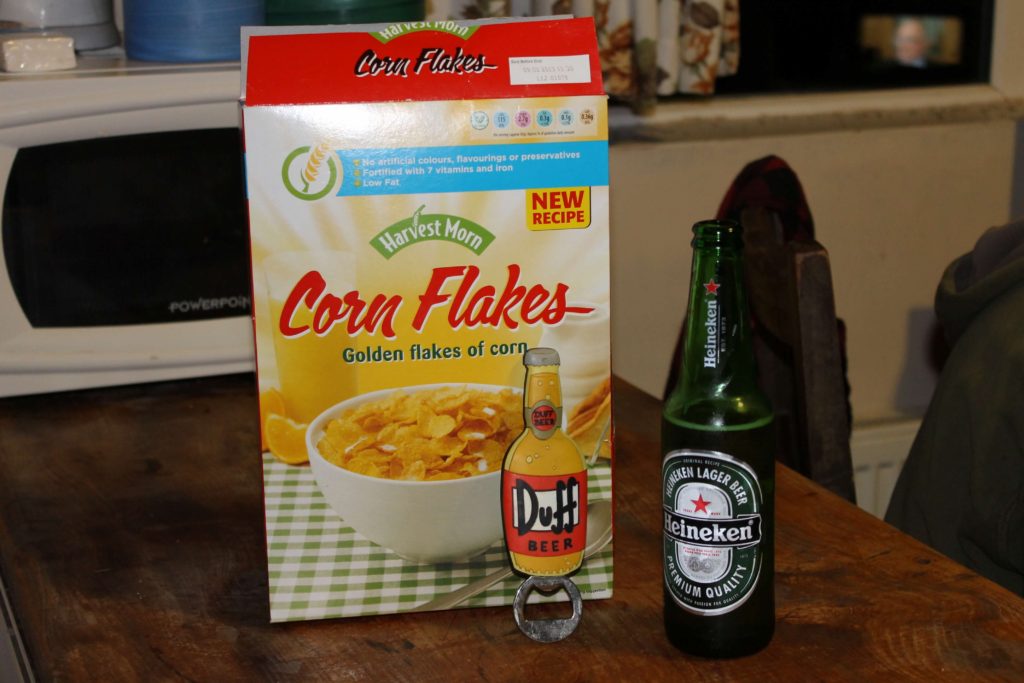 We never had days off.

When John and Polly’s boys went showing we were up at 4:00 AM doing our regular chores before setting off for a day grooming for them.

We’d listen to TippFM in the morning and watch Irish soap operas at night.

We’d sit out in the big, open, green field at dusk with the cows.

We’d throw aerosol containers into the rubbish burns and watch them explode from afar.

We’d wander up the hill into John’s herd of extra horses, no less than 50 of them.

We’d work our asses off every day, but then in the end we’d be happy and we’d be alright and we’d wake up and do it again the next day.

I was in Fethard for three long months of hard labor, calloused hands, swollen fingers, dirty hair, tough love, and learning a thing or two about horses and a thing or three about myself.

I’d accomplished my goal of working with horses in Ireland, but I wasn’t done quite yet. 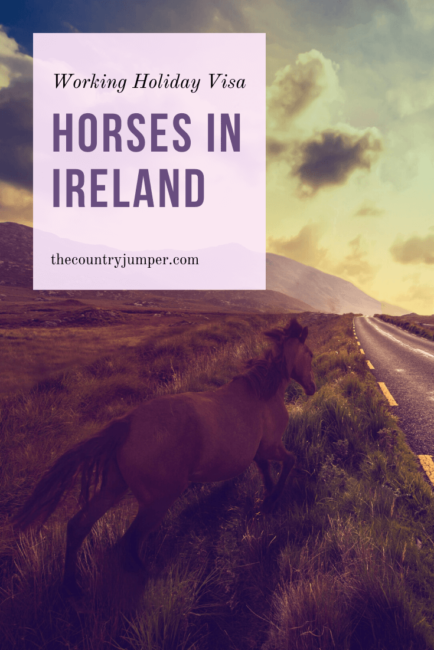 Sounds like you had a great time with the work involved with horses not only the riding and the horse jumping. Horse stables and the cleaning out there of is hard work and does not take much to sleep that night. thanks for the post.

Thanks for reading Joleene! It is certainly very hard work but very rewarding too. 😀

I love working with horses and would like to have one but where I live there is no room for horse stables although there is an equestrian shop nera by Thanks for the article great read.

Thank you for reading, Julie! Horses are such wonderful animals. Do you ever ride at your nearby stables?

Hi, It was great reading your post, I really enjoyed it and could picture everything. I’m originally from Switzerland and live now 12 Years in Ireland, my very first job here was with Polly and John. Amazing horse people. As you said the work is very hard, but I have learned so much while I was there and and it was worth every ache and drop of sweat. Sometimes I even still miss it. It was a good time!

Hi Nadine, That’s so cool that you worked for Polly and John as well! Where in Ireland do you live now? Are you still working with horses? My time at Boolagh was so hard but so special, I’m glad you feel the same way. Thanks for reading.

Hi Caitlin, i live in Kildare now and work as an accountant… what a change… but, i still think about the farm a lot. Im still in touch with Polly. I dont know if you heard, but Boolagh stud is up for sale… so sad!

I didn’t hear. That is so sad, it’s a beautiful property. I hope whoever buys it keeps it together and operating!