Your Guide to Visiting Krakow, Poland

My first trip to Poland was to Krakow only. I loved it. Tourism in Krakow is slowly picking up and is not yet to the point where you get harassed as you walk down the street by vendors trying to sell you a tour or a trinket. The Jewish quarter is rebuilt and vibrant. The nightlife in Krakow consists of young people filling the bars and spilling out onto the streets, beers in hand. Krakow old town is attractive and well kept. Everything about Krakow today is appealing. And then there’s the history, which is everywhere, and Krakow tells it well. From Schindlers Factory to Auschwitz there are many things to do in Krakow and you’ll leave feeling that you learned something. History and present day mix to make Krakow an intriguing city which you’ll never be tired of.

How to get to Krakow

On my first trip to Krakow we took a six-hour day train from Prague. It was April so it wasn’t overly crowded. We had space in a six-person compartment with just four of us.

The second trip I came from Poprad, in Slovakia on a surprisingly comfortable mini bus operated by Tiger Express. That journey was just over 4 hours and cost me €22.40 ($25.51; 94.86PLN) The bus drops off in old town and the train station is also not far from there. Depending on your physical capabilities, how much luggage you have, and where you’re staying, you can walk from there, if not, just grab a cheap cab to most anywhere in the city.

What to do in Krakow

In general, I’m not hugely into museums. But it was a rainy/snowy/very cold and yucky day in Krakow so we headed to Schindler’s Factory. And ended up spending hours there. It was truly an exceptionally done museum. It told a story which has not only been told many times, but is also one that is difficult to tell, and it told that story well. The museum combines personal remembrances and artifacts with an overall history of the Jews in Krakow, and WWII, as well as Schindler the man, who he was, what he did, and the people he saved. The story was, naturally, told from the Polish perspective and it left me feeling like I liked the Poles, like they did the right thing and were on the right side, to the extent that they were able to be. 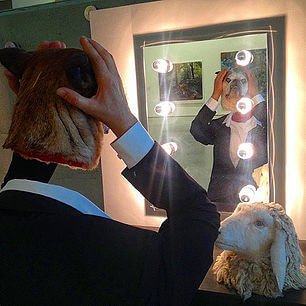 Tucked behind Schindlers Factory is the fun little museum of contemporary art Krakow. You can buy a combo ticket when you go into Schindlers Factory for both museums. When we were there the exhibits were changing and some were under construction so the tickets were discounted. It was a fun place to wander around for a little while. Lots of confusing, weird, modern pieces. Definitely a good way to bring your head back into a positive space after Schindlers Factory.

God I love second hand stores. I really hate buying things full price when second hand stores are just so freaking good. Finding Flaming Second Hand Store was definitely a score. Some vintage pieces some modern, all clean and gently used. A bright space but not huge. I scored a cute sweater and a pair of boots, my friend grabbed two jackets, and even my dad found a mandarin collared button down shirt. Something for everyone!

One of the largest in Europe, Krakow’s main square is, indeed, very big. Surrounded by chains like Starbucks and Hard Rock its’ dining has become much the same as all main squares throughout Europe, so avoid that. But do go for a visit, of course. And on the hour, listen for a bugle being played from the top of the church bell tower, apparently live.

It’s hard to know what to say here or where to put it. A trip to Aushwitz is difficult, it has to be. It’s an immense camp only confirming what you already know of the scale of the atrocities that happened there. The camp has been fully converted into a museum, which is a moving tribute to million of victims. Rooms full of shoes, bags, combs, and human hair, give life to those who lost theirs.

And you absolutely cannot not go. It’s not something you are allowed to avoid. If you are in Krakow you must visit.

Getting there can generally be booked through your hotel, either on an organized bus or with a private driver. Regardless of whether or not you plan to use a tour guide once there, you must book a time slot for your visit. However, I do not suggest going without a guide. The guides are trained and extremely knowledgeable. This is not somewhere just to go and look, it is somewhere to go and learn.

Where to Eat in Krakow

I absolutely loved the interior of Klezmer Hois. It’s the type of place I’d love to get lost in. The decor was interesting and the tables were big and homey. We were seated in the only room not to have the live klezmer music as we were late to make a reservation (do make a reservation!) which only meant that we didn’t have to pay extra for the ticket and we could hear the music perfectly without it interfering with conversation.
The food was ok. We started with Jewish caviar, which was better at nearby Dawno Temu, and gefilte fish, which was average. I ordered a matzo ball soup, but my Catholic dad makes it better, and the lamb, which was cooked nicely but lacked a huge amount of flavor. All in all, the meal was fine, nothing that was not good, but nothing that was exceptional.

On my first visit to Krakow, we happened upon Dawno Temu na Kazimierzu and managed to get a table without a reservation on the Tuesday after Easter. Shortly after we arrived live klezmer music started.
The interior is made to look like your Jewish grandma’s living room, were you to have a Jewish grandma, and were she to live in Poland in the early 1900’s. It’s really cute. The food too is very nicely done. We had a great Jewish caviar (chopped liver) to start as well as a garlic soup. Both were lovely and tasty. For my main, I ordered mint lamb sausage and it was very, very good! I even went back on my second, one night trip through Krakow, that time with a reservation, which is highly recommended. 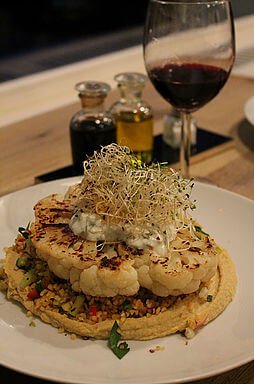 Like most of the restaurants in Krakow, Starka Restaurant had a lovely, warm, homey interior feel to it. We had a reservation for the four of us, which was probably wise. We started with herring, a Polish classic, which was very good. Mains all around and vodka shots to cap the night off.

Brighter and more modern than the other spots we ate in Krakow, the menu at Alchemia Od Kuchni had an interesting variety. Hummus, pulled pork, and pad thai to name a few of the items offered. This was a more casual dinner, but good just the same. We had burgers, fish and chips, and a cauliflower burger. Lots of variety and everything was just fine. 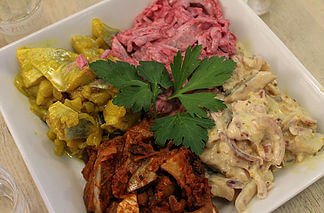 Ambasad Śledzia is a vodka and herring bar with a bright white interior and interesting fish murals around. Around noon it was very quiet. We ordered a herring sampling platter with the herring in a verity of different sauces. Some were really good, some not so much, but it was definitely fun to try all the different variations. We also got a shot each of the basic, recommended vodka, which for me was hard to swallow.

Where to Stay in Krakow

If you’re like me and love to stick to a tight budget, especially when it comes to the place you’re only using to lie your head at night, Submarine hostel is the best choice in Krakow. Krakow is a super walkable city, this hostel included. It also offers things like free kitchen access if you’re looking to make your trip even cheaper and cook at home.

Hotel Columbus gets the job done very nicely with comfortable rooms which are not over the top. A helpful and available staff. Plus a delicious buffet breakfast. It’s also right on the edge of the Jewish district on a main street, so everything is easily accessible out your front door.

I’ll say it before and I’ll say it again, if you’re after a luxury stay you’re on the wrong blog. But, the answer I found for you in Krakow is at Hotel Unicus Palace, and, remarkably, since prices in Krakow are low to begin with, you can stay in this 5 star hotel for under $200 a night. What a steal! It makes me almost want to consider luxury travel!

Not sold on any of my picks? That’s o.k. I’m not hurt, but let me make one more recommendation, use booking.com. I used to be very anti booking anything through a search engine and not directly, actually, I still am, except for booking.com. I almost always find lower prices there and I get to have all of my bookings in one place, which for me is very useful!

Been to Krakow? Had a great experience? Tell us about what you did in the comments below. 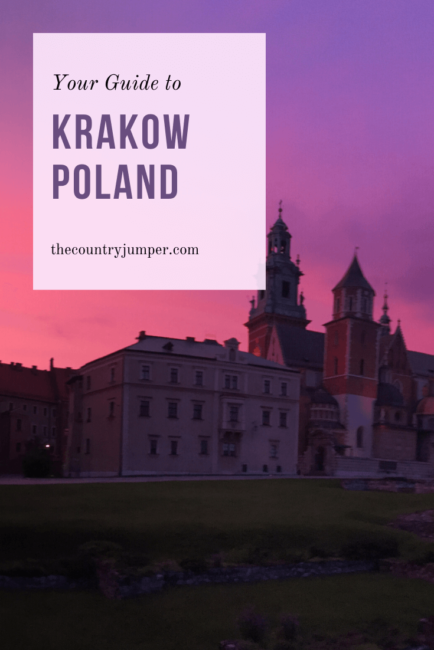 I really enjoyed Krakow, but feel like I need to go back for the food scene! 🙂 Really dig your restaurant recommendations, espeically Starka Restaurant! Kinda hungry now after reading this haha. Thanks for the helpful tips! 🙂

I so strongly encourage revisiting cities. The second time we can always go deeper – beyond the hot spots and get to drink more vodka and eat more herring XD

Cute!! I have always wanted to go to Krakow. I want to go for the prices, but it looks awesome!